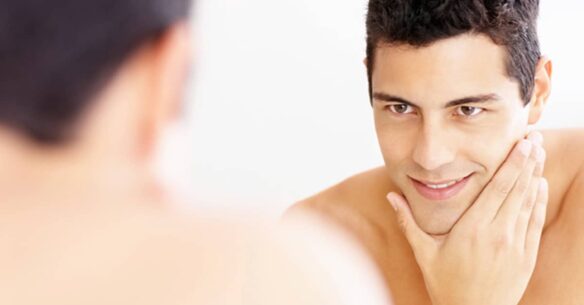 Have you ever thought about shaving? About the way you do it and the tools you use? A disposable razor or a real one?

Most men don’t really think about it – they just do it and go about their day. The lack of consideration stems from lack of insight because most men don’t really think about it in terms of numbers. If you started shaving at the age of 15 and if the average worldwide male life expectancy is 65.71 years (source: United Nations, World Population Prospects, New York, 2013), that means that you’re going to shave for at least 50 years. In other words, you’ll shave some 12000 times during your lifetime (n.b if you shave 5 times a week). That’s 83 DAYS of non-stop shaving.

If you think of shaving from that perspective – the tools and the products you use suddenly become very important. The first and obvious tool to reconsider – the razor. There are several types of razors: disposable razors, cartridge razors, double-edged razors, straight razors etc. However, most men around the world use disposable razors because they seem cheap and easy to use. However, an in-depth analysis paints an entirely different picture.

First of all, disposable razors (as the name says), aren’t built to stay sharp for a long time, but to be disposed of and replaced. They stay extremely sharp during the first few shaves, but their sharpness degrades almost exponentially after that. This is not an accident. Manufacturers purposefully design them in this way, so you have to buy a NEW razor. This keeps sales running and enables huge profits. The bottom line is – disposable razors are expensive when compared to some other types of razors (n.b. straight razors).

According to a renowned statistics portal at statista.com, a lifetime supply of disposable razors comes at a price of almost $8000. This happens because you constantly have to change them. On the other hand, lifetime shaving costs for men who prefer straight razors fall under $500. Straight razors are much more affordable in the long run, because you don’t have to buy new ones all the time. All you have to do is to maintain the same razor which you already have. This mostly includes sharpening and purchasing new sharpening accessories (e.g. sharpening strops which last for a VERY long time).

For example, a typical straight razor comes at a price of $150 and will last for a lifetime if maintained properly. Additional costs include a honing stone and a leather strop to keep the blade in good condition. However, once you buy these accessories they last for decades. Other optional accessories include microcrystalline wax polish, mineral oil and a sharpening paste. The costs of using a straight razor are $5 per year! Just for comparison, according to statista.com, the shaving costs of using disposable razors are $111 per year. The advantages over disposable razors are obvious.

However, it takes more than money to illustrate the greatest advantage of these razors. It’s the stuff which you DON’T see at first. It’s the confidence that you get after mastering this unique tool (because using it requires focus). It’s the sensation of the super-smooth skin. It’s the pleasure that you get from shaving like a man. What does this mean? Well, this means that you have become a master of your own body AND the blade (because you have to master both if you don’t want to cut yourself). This requires skill, patience, dedication, passion, and even courage. Only real men are willing to this. A straight razor is a tool which can completely change your perspective about shaving. Some men hate shaving. However, most of them who try straight razors start enjoying it.

The initial costs of owning a straight razor are somewhat higher and it DOES require some courage and motivation to learn how to use it properly. However, once you pass that hard part, the reward is enormous – you’ll enjoy shaving until the rest of your life. 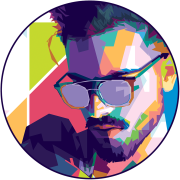 Hey, I’m Bruce, a lifestyle advisor and coach who touches on all topics that can lead you to live your life to the fullest. Outside of work, I’m a hobbyist rock climber and a big fan of video games. More articles from Bruce.